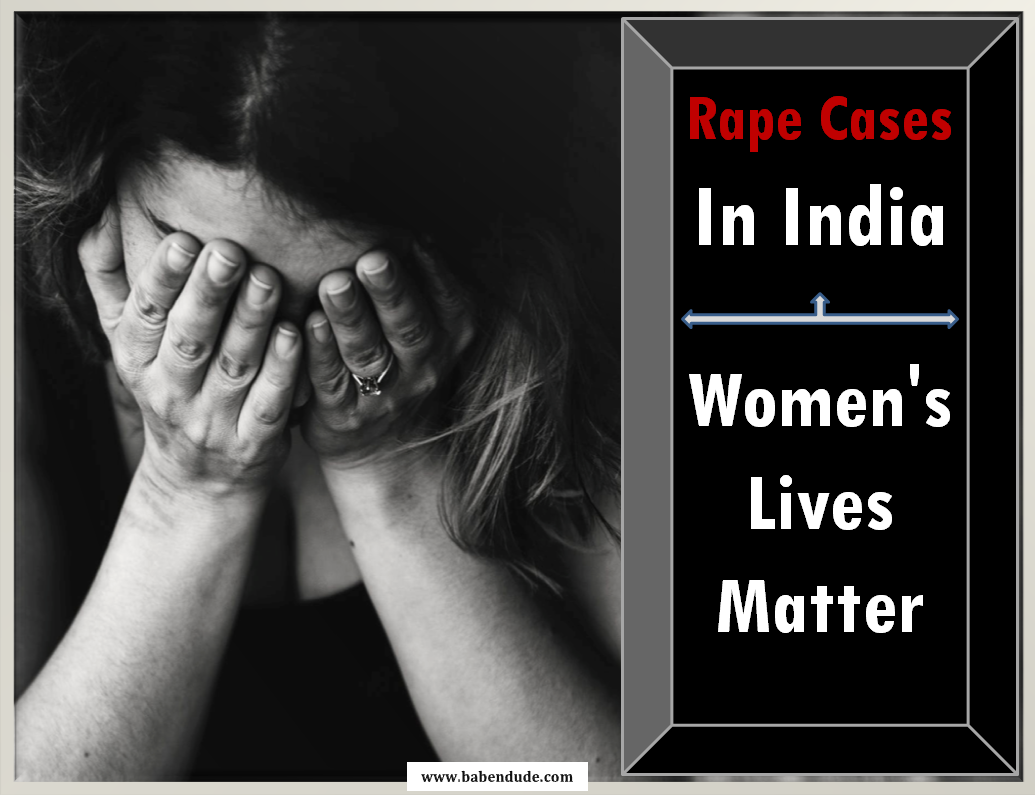 This is one of the old rape cases in India where a lady named ‘Aruna’ was being raped by a Sweeper. The incident happened in 1973. She was working as a junior nurse in KEM hospital in Mumbai. During the Rape, she was being choked by a dog chain causing permanent brain damage. She was being sexually assaulted by the ward boy and remained in a vegetative state following the assault. The attack which cut oxygen to her brain, resulting in brain stem contusion, cervical cord injury, and cortical blindness. The sweeper named Sohanlal was sent behind the bars and post that he was a free man. It was the iconic case of injustice to women in India.

This case is one of the custodial rapeS on 26th March 1972. She was hardly 14 -15 years of age, she used to do menial jobs. She was being raped by the policemen in Maharashtra in Chandrapur district. She went to the police station to settle the family dispute and came back being raped by policemen. Then, protests led to the formation of women’s rights groups and subsequent transformation in Indian Rape law.

Scarlett had gone to Goa for Six months’ holiday with her family. She was being drugged, raped, and killed. Goa court acquitted both the accused D’Souza and Paul Carvalho, of rape and culpable homicide.

On the wee hours of one night of 5th February 2012, Suzette Jordan met 5 youths at a night club on Park Street. She was being asked a lift by these youths to help her to drop her home. Soon, she realized her mistake by accepting the lift after she was being pushed at gunpoint and being raped and was thrown at Exide crossing at Kolkata. On February 19, 2013, fast-track court was being framed of charges against gang rape, conspiracy against the accused.

She was hardly a 25-year-old law student who was found raped and murdered at her house in New Delhi. On 23rd January 1996, the high court found Santosh Kumar Singh (son of Inspector General Singh) Guilty on both counts of rape and murder. The court sentenced him to death. Then on 6th October 2010, the Supreme Court of India commuted the death sentence to life imprisonment.

This case still gives us spine chilling memories.  This fatal incident happened on 16th December 2002. The victim Jyoti Singh was traveling with her friend. She was beaten, tortured, gang-raped by six men. She was being taken to Singapore post 11 days after the incident for emergency treatment where she fought very hard to survive that traumatic period.

The Mumbai Gang rape that has been termed Shakti Mills Gang Rape was also a tragic incident when a photojournalist who was working as an intern with a Magazine was gang-raped by 5 people. She was with a male colleague on some assignment when this incident occurred. The court gave the death sentence to the three convicts.

A sexual assault case of a 28-year-old girl by her father-in-law. The U.P. Panchayat treated this case as adultery, not Rape. Strangely, she was being asked to consider her husband as a Son after this event. She already had 5 children with her husband. Later, her father-in-law got 10 years of imprisonment.

She was being raped, murdered, mutilated, and disturbingly sliced and was found at her residence in Kerela. This incident took place in April 2016. The forensic team concluded that body injuries showed violence, torture, and the presence of alcohol. The culprit had been given life sentence.

She was being gang-raped by 5 men at her village since she spoke against child marriage. She was being denied justice due to her low caste and gender.  This case had grabbed headlines as it was crucial for the women’s rights movement in India.

It is a criminal case of rape and murder of a woman named Soumya. She was traveling in a train on 1st February 2011. Govindaswamy, the habitual offender tried to strangulate her, banged her head repeatedly on the walls of the compartment. She sustained fatal injuries, she become dazed and practically immobilized, then thrown out of the moving train. Then the rapist also jumped out of the train and committed a brutal crime.

ALSO READ:- Will Coronavirus Lead To Recession? How To Be Recession Ready? Here’s the answer

The most recent one…

The nation woke up with the horrific rape incident that occurred near U.P. A Dalit girl was being raped by 4 upper-caste men. She was being further admitted to Safdarjung hospital In Delhi where she couldn’t survive.