by Sam in Technology, Trending 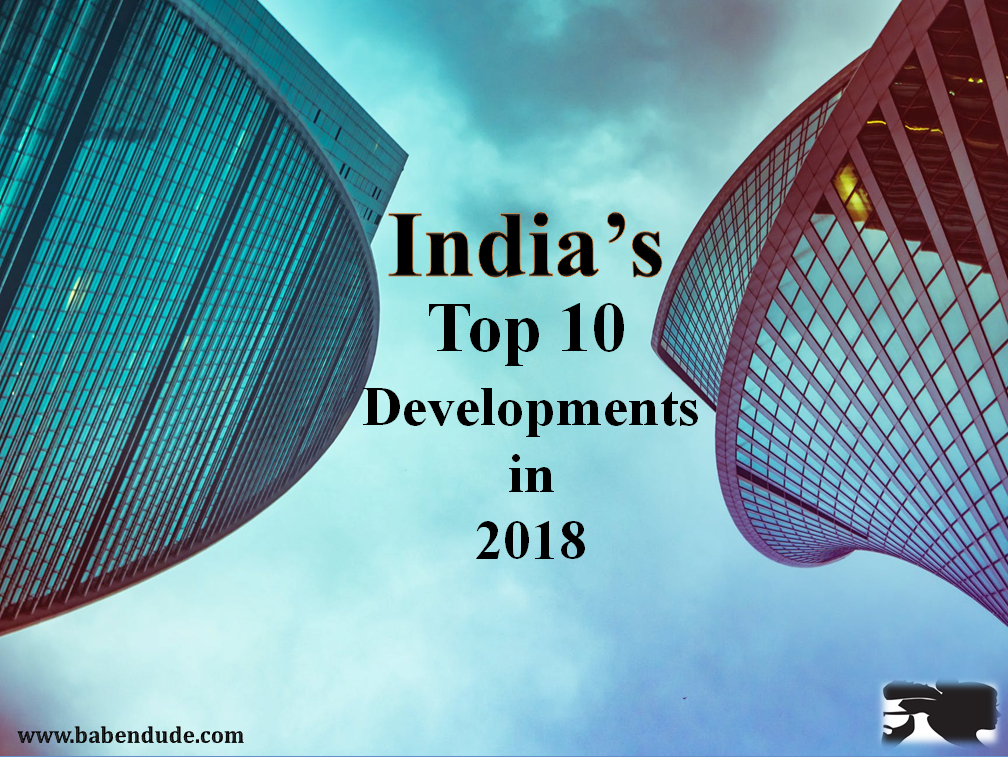 The Year 2018 has been a remarkable one in terms of progress and development of India’s infrastructure. People around the globe have applauded India for a number of causes thereby making India take one of the biggest leaps in progression all-round. Let us take a look at the milestones that India has crossed in 2018.

Shiv Vihar-Trilokpuri Pink Line Section: With the inauguration of this line, Delhi has joined the list of the world’s cities such as London and Shanghai to have an operational metro network of over 300km.

ALSO READ- 2019 General Election In India – Who’s India’s Next PM? All You Need To Know

Make in India 2.0: An initiative launched in 2014, India saw a huge release in 2018 Make in India 2.0 budget that the government set aside and has invested and seen growth in sectors such as auto, defense, and renewable energy.

Mobile Industry: The best Make in India product was seen to be found in the mobile industry through Xiaomi Redmi Note 5. This was listed as a top choice for consumers in 2018.

India has indeed seen a lot of growth this past year but 2019 seems to have so much more in store. The Sagarmala project aims to be completed by May 2019 in order to transport goods between ports efficiently. Similarly, the Mumbai Trans-Harbour link is foreseen to also be completed in 2019. The Setu Bharatam project which aims to fulfill the ambitious idea that no roads will be met with railroad crossings is also something to look out for in the year ahead. Among the many developments, it is worth noticing that the government is currently working on the highest bridge in the world over river Chenab at Doda. Thus leading to another world record being broken by Indian magnificence.

← Bollywood Weddings: A Boon or Bane to the Youth?
10 Best New Year Resolutions To Take In 2019 →