“Find a group of people who challenge and inspire you, spend a lot of time with them, and It will change your life.” 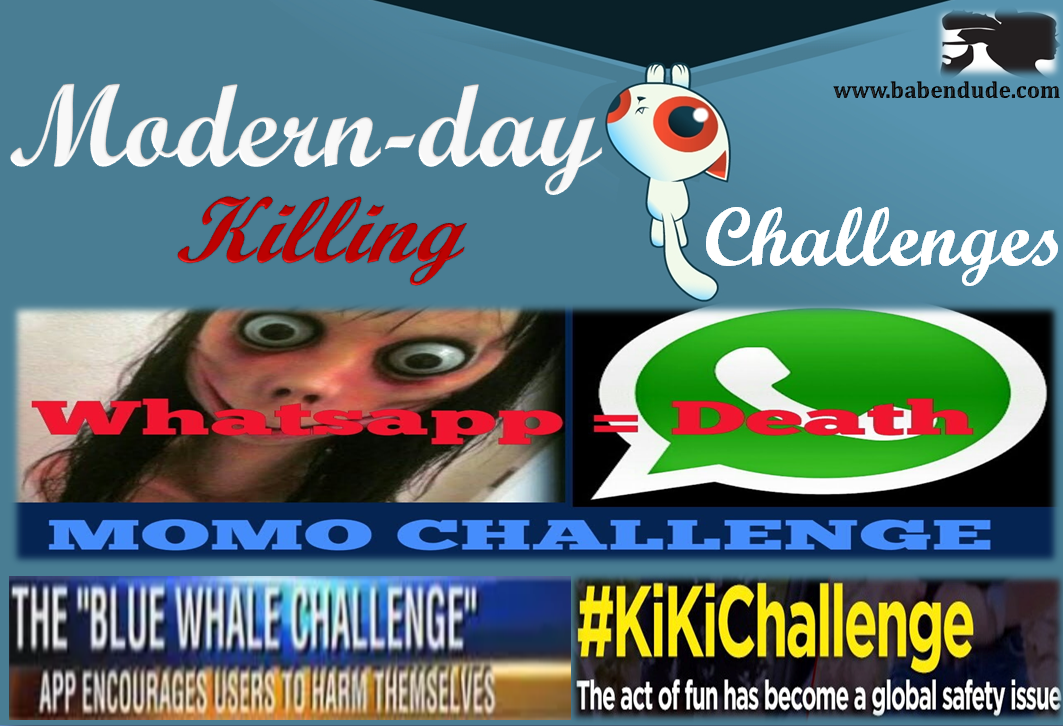 Little did Amy Poehler know that her quote will attract a worldwide audience; except, the netizens gave a whole new shade to the term ‘challenge’ used in her quote. Teenagers are a weird bunch of species. One moment they browse the web to know why Hawking never won the Nobel prize, and the next moment they set their bodies on fire and jump up and down on one foot! Why work your way to the top and earn followers, when you can do the same with a video recorder and middling internet? The concept of instant-fame has consumed kids and teenagers to an extent where they are ready to sacrifice anything. And by anything, I mean ANYTHING!

The sensation-driven challenge spectrum ranges from the well-meant Ice Bucket Challenge to the gawky and tame Mannequin challenge to the potentially fatal fire challenge. The latest inductee into this infamous list is the Kiki Challenge. With film stars (who enjoy a demigod status in India) endorsing this viral act, it isn’t surprising to see every citizen having a stab at this ‘like-boosting’ dance in the middle of the road.

Remember something about children being coerced to carry out various challenges which ultimately results in their suicide? Yes, the Blue Whale challenge. Only this time, it has returned in the form of Momo. Momo exploits the curiosity among children and hauls them into its terror-vortex. It is easy to understand how children, who let their imagination run wild, fall prey to this trap and see a tempting joke turn into a real-life horror story.

Want to know the ground-breaking cuisine invented after pizza? Tide. Of course, I am talking about the detergent. We tend to question our faith in humanity when we see hungry YouTubers feast upon Tide-pods and gesticulate with pride.

ALSO READ – Many Gadgets But Less Care? Well! Maintain Your Gadgets Smartly With These Hacks

In a sense, it is ironic as to how this whole revolution was actually stated for a good cause. The Ice Bucket Challenge, which was initiated to promote awareness of the disease Amyotrophic Lateral Sclerosis (ALS), gradually had the focus shifted from the disease to the people themselves!  This mania can only stop when we arrest the influence social media has on our behavior. For that to happen though, we should prepare ourselves to be ‘normal’ again.

← Raksha Bandhan Vibes With Brothers & Sisters – Ways To Celebrate
2019 General Election In India – Who’s India’s Next PM? All You Need To Know →